Dominick Reyes: Jones Eyepokes Will Not Go Unpunished Against Me

Less than 2 weeks remain until UFC 247 takes place at the Toyota Center in Houston, Texas.  UFC lightweight champion Jon Jones will be defending his title against Dominick Reyes.

Dominick Reyes knows exactly what to expect when he steps in the ring against who many consider being the best of all time. Reyes is aware of the many threats that Jones poses. However, Reyes seems to be worried about another tactic that Jon Jones will bring into the octagon, his eye pokes. Reyes spoke to MMAFighting about dealing with this issue.

“It’s a blatant rule break. It’s illegal to do according to the rule book.”

“Listen the rule is we’re taking a point away, that’s the rule. If he’s going poke me in the eyes, now I’m compromised, that gives him a huge advantage. If I can’t see, if half my vision’s gone, that’s a point worthy.”

Jones has been known to an eye poke his opponents in many of his bouts. Although Jones has never been deducted a point he has been warned by referees in a title fight against the likes of Daniel Cormier and Alexander Gustafsson.

Reyes admitted he will be vocal about any eye pokes during the fight.

“Not much I can do about except give the referee an advanced warning to look out for his notorious eye pokes. It’s just another challenge that I will have to get through.”

Dominick Reyes knows that the fight won’t be determined by eye pokes but rather his skills in order to defeat Jones.

“This is a championship fight. I’ll win however the hell I can. I’ll take it, however, I can get it.”

Jones is coming off 2019 with title defenses against Anthony Smith and Thiago Santos. Reyes’s most recent walk to the octagon ended in a TKO win over former middleweight champion Chris Weidman. 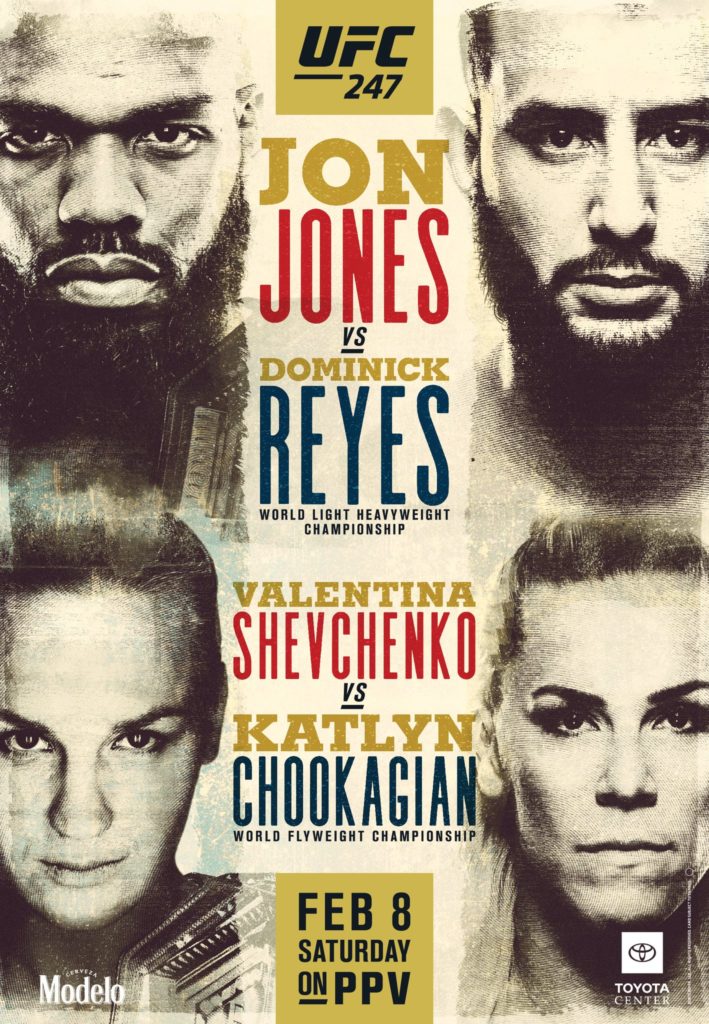