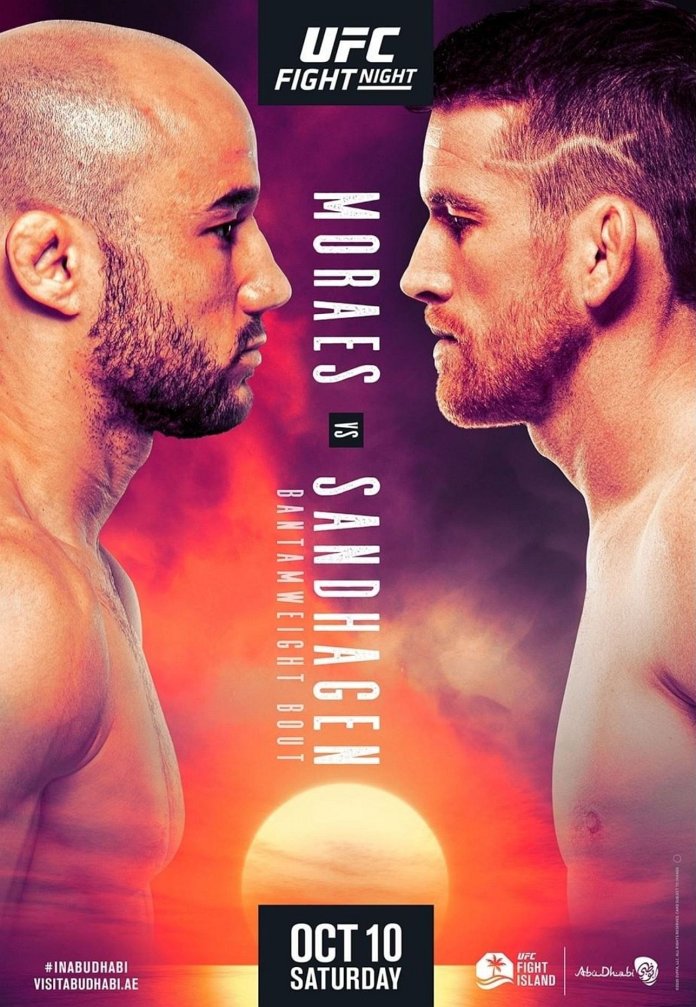 UFC Fight Night 179 airs in . The event is scheduled for this Saturday (Oct. 10, 2020). It will be held in Yas Island, Abu Dhabi, United Arab Emirates. Below is the countdown to the start of the event.

The event will be headlined by a bantamweight fight between Marlon Moraes and Cory Sandhagen. In the co-main event, Edson Barboza and Makwan Amirkhani will throw down in a exciting featherweight affair.

What time does UFC Fight Night 179 start? The event kicks off Saturday, October 10, 2020 in . Here is exactly when all the fights are airing, including international start times.

UFC Fight Night 179 main event between Marlon Moraes and Cory Sandhagen is expected to get underway approximately two hours after the main card starts. UFC does not set specific start times for their main events, as start time varies based on the fight outcomes.

Check out all the upcoming UFC events and don’t miss the latest MMA news. You can also view the official UFC event page here.

This page is updated with the latest information about UFC Fight Night 179, come back often for new updates. If you see a mistake, please help us fix it.