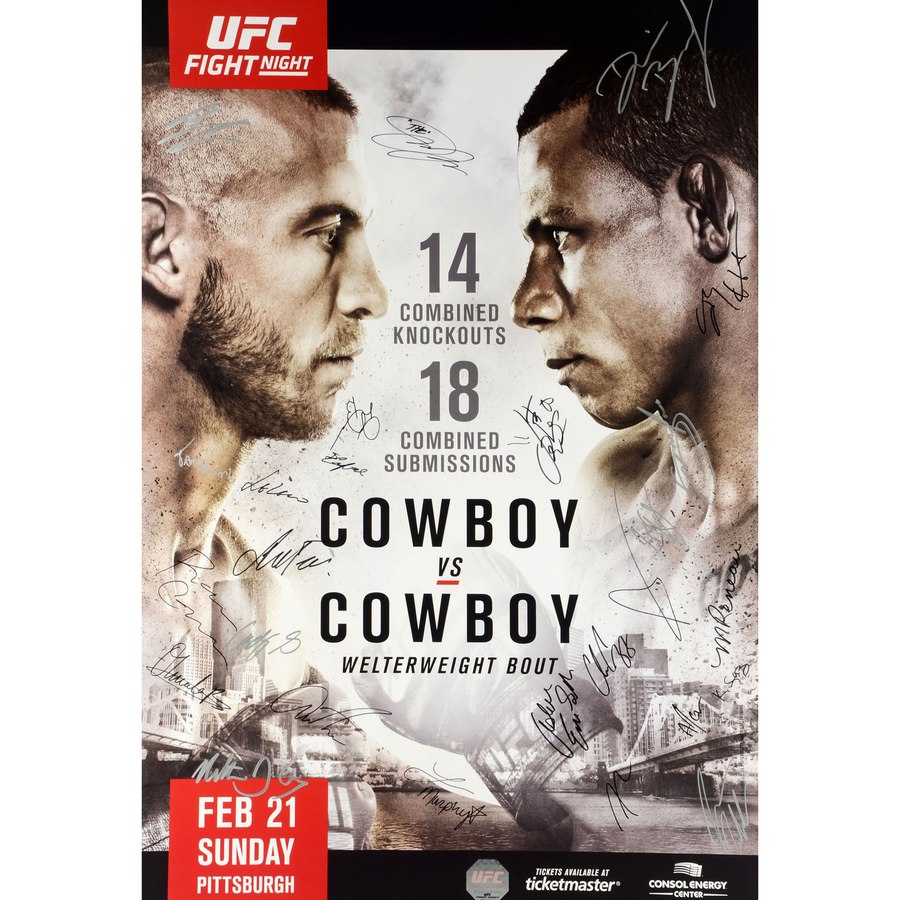 UFC Fight Night 83: Cowboy vs. Cowboy was held on Sunday, February 21, 2016, at Consol Energy Center in Pittsburgh, Pennsylvania. This event was held 2,095 days days ago and was the 349th event in Ultimate Fighting Championship history, including pay-per-views, UFC Fight Nights, and The Ultimate Fighter season finales. There were 7,330 fans in attendance. The gate for the event came out to $572,547.

UFC Fight Night 83 had 13 bouts scheduled. The event was headlined by a clash between Donald Cerrone and Alex Oliveira. In the co-main event, Derek Brunson took on Roan Carneiro. The night kicked off with Shamil Abdurakhimov taking on Anthony Hamilton, followed by Kelly Faszholz vs. Lauren Murphy. Lauren Murphy vs. Kelly Faszholz was awarded Fight of the Night bonus. The Performance of the Night bonuses went to Donald Cerrone and Chris Camozzi, each fighter took home an extra $50,000.

The card aired on in the United States. Below is the UFC Fight Night 83 fight card and 13-fight order for ‘Cowboy vs. Cowboy’.

This page is updated with the latest details about UFC Fight Night 83, come back often for new updates. If you see a mistake, please help us fix it.