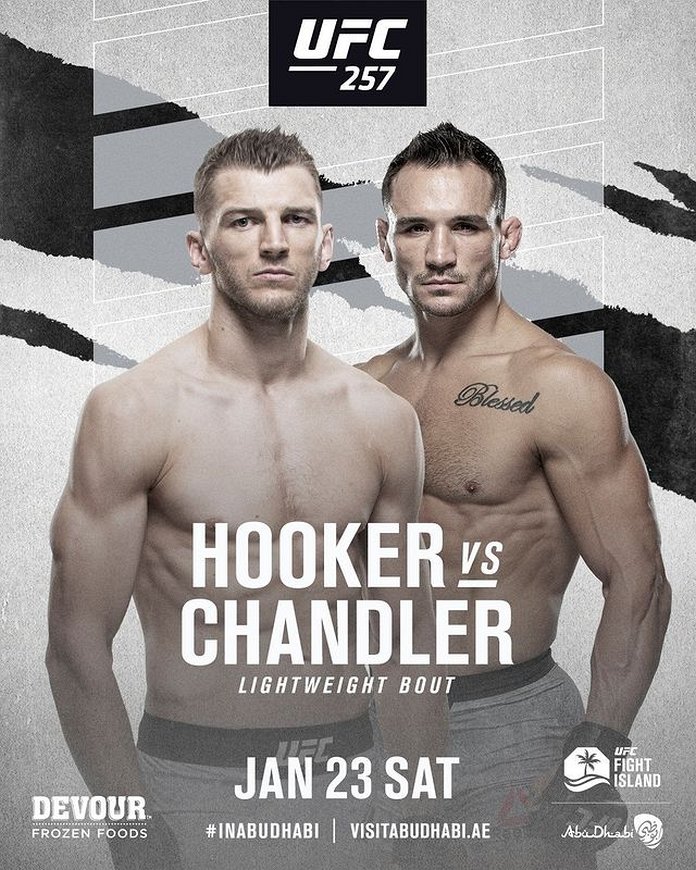 Dan Hooker and Michael Chandler faced each other in the lightweight bout at UFC 257: Poirier vs. McGregor 2, which took place on Saturday, January 23, 2021, inside the Yas Island, Abu Dhabi, AE in 2000. There were 11 fights on the card. You can view UFC 257 results and fight bonuses. UFC 257 card gave fight fans all they could ask for.

In the five-round main event, Michael Chandler defeated Dan Hooker in round 1 by KO/TKO. Here is what happened in the fight —

Both fighters fired over 38 strikes combined in this fight, 48 of the strikes were significant strikes. Significant strikes refer to all strikes but don’t include small, short strikes in the clinch and on the ground. There were 0 takedown attempts between the two fighters. Let’s look at each fighter’s stats below.

Michael Chandler was firing at a 42% accuracy, throwing 19 strikes and landing 8. There were 17 significant strikes, 12 of 17 landing to the head, 4 of 6 shots to the body and 1 of 1 leg kicks. Michael Chandler went for 0 takedowns and landed 0.

Let’s take a look at how Michael Chandler did against Dan Hooker.

Dan Hooker landed 42% of all his strikes. There were 0 of 6 significant strikes to the head, 0 of 1 body shots, and 8 of 12 leg kicks. Dan Hooker attempted 0 takedowns and landed 0. Here are all the strikes Dan Hooker threw and landed against Michael Chandler.

Michael Chandler won by KO/TKO. The fight ended in round 1 at 2:30.

View complete UFC 257 results and don’t miss all the UFC events coming up.