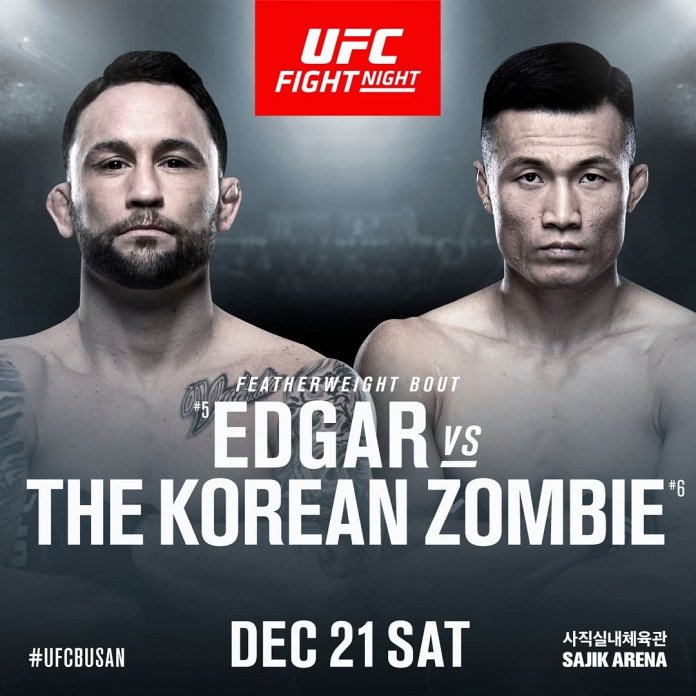 In this post, we will break down Frankie Edgar vs. Chan Sung Jung matchup. Let’s take look at the fighter’s ages, their height, records, reach, fight stats and more below ⤵

The 40-year-old, Frankie Edgar is coming in with a 22-7-1 record. Edgar will be fighting for the first time since a loss via unanimous decision against Max Holloway at UFC 240: Holloway vs. Edgar in July.

Jung, meanwhile, is coming off a KO/TKO win against Renato Moicano on July 27, 2019 at UFC Fight Night: Moicano vs. The Korean Zombie and holds a 15-5-0 record.

Chan spent on average 10:21 minutes in the Octagon and Frankie has an average fight time of 17:18 minutes.

This looks like an interesting matchup, at least on paper. UFC Fight Night 165 is live in , who do you think will win, Frankie or Chan? Sound off in the comments.