In a turn of unfortunate events, Ronaldo Souza has been pulled from the UFC 249 prelims card after testing positive for the corona virus.

UFC 249 is scheduled to take place in Jacksonville, Florida on Saturday May 9th. Souza, 40 was scheduled to fight Uriah Hall in a middleweight bout. Both men weighed in and face offed on Friday however the 2 men kept distance. Both Souza and Hall also wore masks and gloves in their face-off.

The UFC has stated that UFC 249 will still carry on as scheduled. Amid, the Covid-19 global pandemic UFC president was adamant that the UFC would take the highest level of precaution when conducting their events. This includes social distancing, reduced staff size, and available testing.

UFC 249 is headlined by Tony Ferguson vs Justin Gaethje. 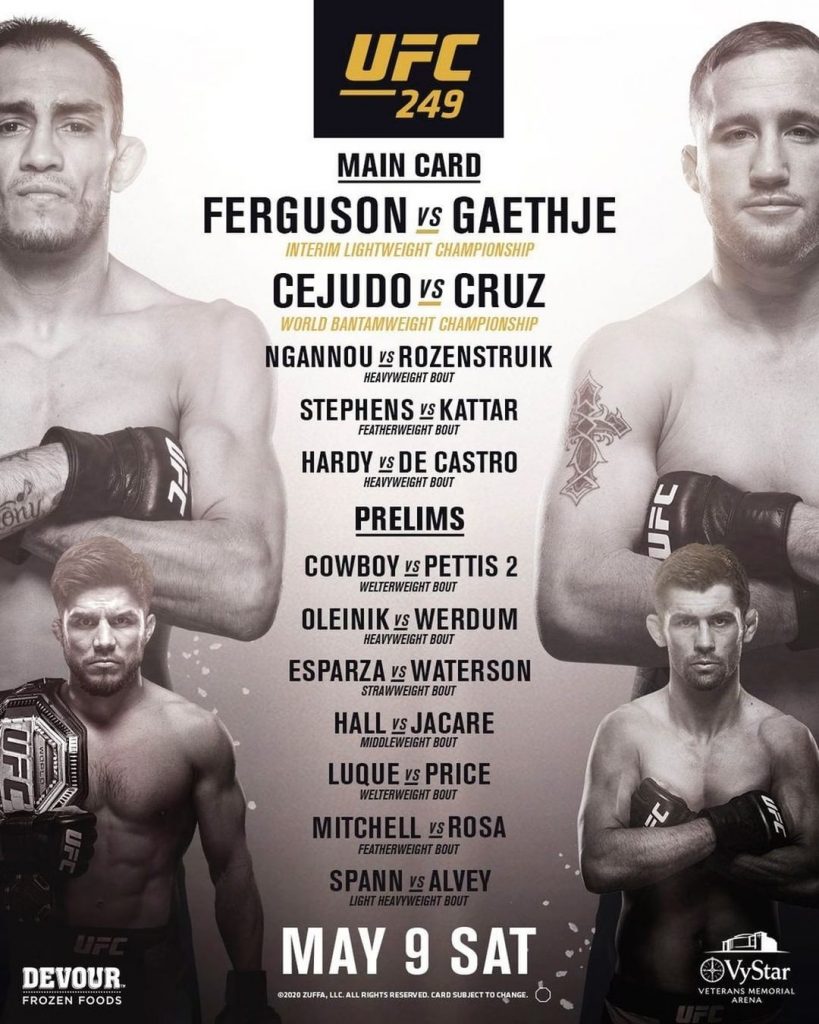