Khabib: People Want To See Drama Between Conor and I

UFC LightWeight champion Khabib Nurmagomedov is in full camp mode ahead of his UFC 249 fight against Tony Ferguson.

Khabib spoke to TMZ about his thoughts on Tony Ferguson and a potential rematch with Conor McGregor.

“Just my opinion in the last couple of years I have competed with guys such as Barboza, Dos Anjos, Conor, Poirier, Iaquinta. All of these guys are not tough like Tony Ferguson. Before when I watch opponents I know I could beat those guys but right now I am working very hard. Tony is not like these guys, he is a little tougher than all of them.”

Tony Ferguson is riding a 12 fight UFC win streak and will be looking to dethrone Nurmagomedov. Ferguson defeated Donald Cerrone in his last outing at UFC 238 in June of 2019. Nurmagomedov is coming off a title defense against Justin Poirier at UFC 242.

Khabib was asked about Conor McGregor and his last fight against Cerrone at UFC 246. Nurmagomedov was not all that impressed and believes McGregor is ducking all the tough opponents including his friend Justin Gaethje.

“Conor pick a really good opponent against Cowboy who has lost the last 10 fights or something. Now they all talk about this guy who has come back. He needs to fight a really tough opponent like Justin Gaethje. He also needs to cut weight to lightweight.”

UFC 249 is scheduled to take place on April 18th from the Barclays Center in Brooklyn, New York. 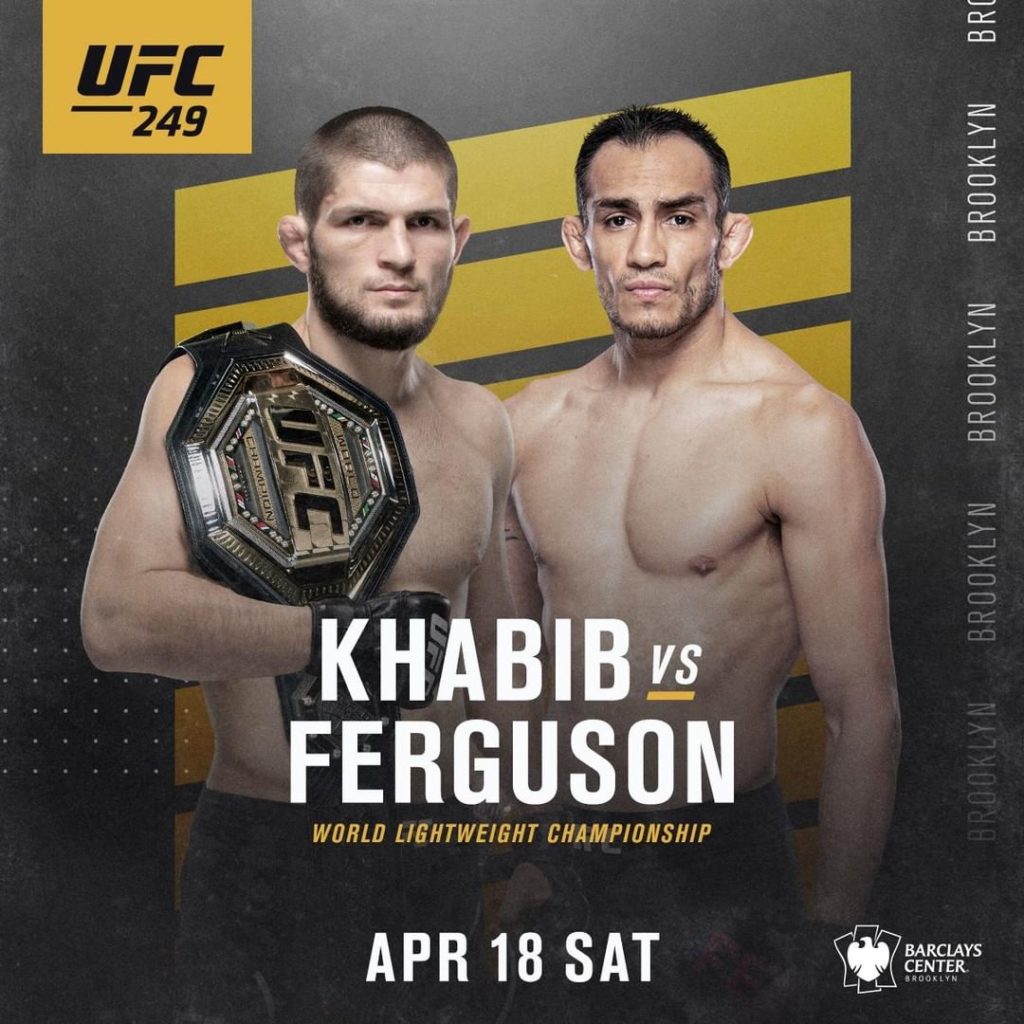