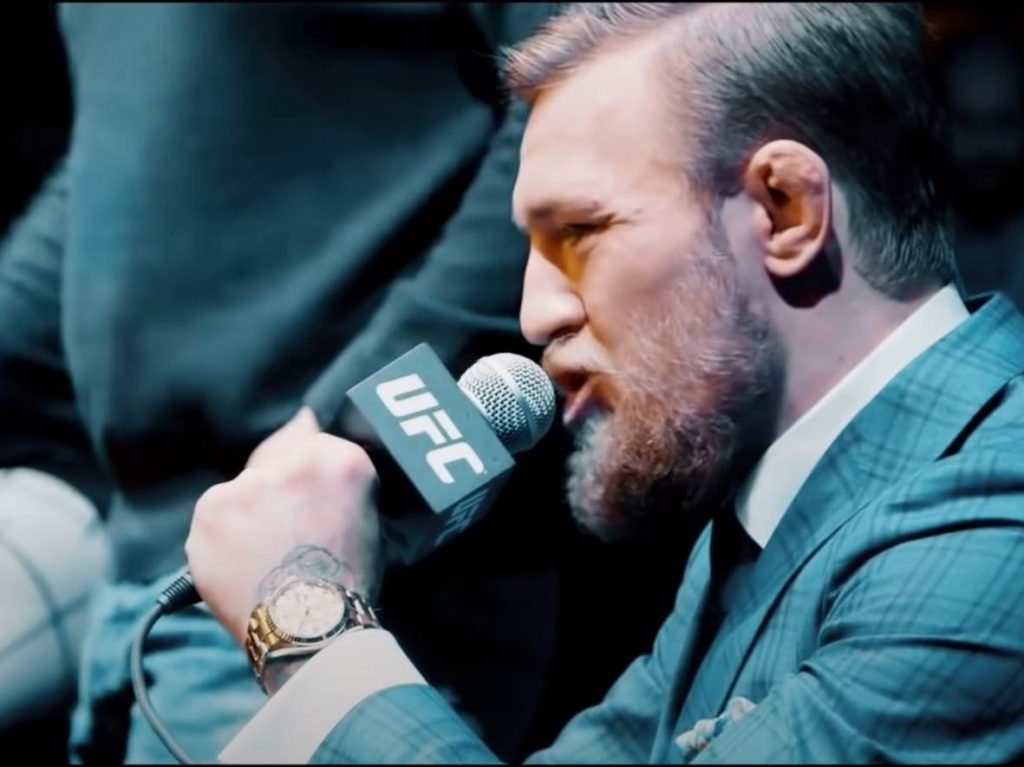 Although he is sidelined for medical reasons, Conor McGregor apparently can’t stay away from sports news at all. While fights are off the table for now as he recovers from a fracture he suffered in July, he seems to be making up for throwing punches through comments about a variety of things – most recently, his ironic remarks about football legend Lionel Messi and his salary at Paris Saint Germain. His latest remarks to make it to the front page were about longtime rival Khabib Nurmagomedov and his recent comments about ring girls.

“Look, I don’t want to offend anyone, ring girls are the most useless people in martial arts”, he said. “What is their purpose? I have a question. You can show that it is the second round on the screen. I realize that is history. History knows many mistakes. We read history to avoid mistakes of the past in the future. If we look in history, it says they are useless. That is my personal opinion”.

Apparently, he thinks that the institution of ring girls may lead to embarrassing situations in some cases. “For example, I sit with my father. Every person has his own preferences, the culture, and values. I come to fight night, sit with my father. These people are passing by and showing that it is the second round. But no one looks at the plate,” he went on. “I feel uncomfortable with my father. I am not against it. If you want you can do it, but don’t impose it on me, do it aside. There are the designated places for it. I think we must not mix all of it. This is my private opinion.”

Nobody goes for the ring girls

McGregor reacted to Nurmagomedov’s comments with a not too flattering meme, one that was shared by American model and ring girl Brittney Palmer as well, with the tagline “Hahahah sorry not sorry!”:

Former UFC Middleweight Champion Michael Bisping also reacted to Nurmagomedov’s comments, although his reaction was more respectful. When on the “Believe You Me” podcast recently, he pointed out that while he does respect Nurmagomedov’s point of view, he does consider ring girls to be a valuable addition to the sport’s entertainment value.

“Nobody goes for the ring girls, that’s not how it works,” he told the host. “They’re a little bit extra for the show. And I like it because it’s historic in boxing and now with MMA of course. It’s a little bit of fun. I’m a huge fan of Khabib. But come on man! Let the girls have a job. They make a lot of money with sponsorships and endorsements.”