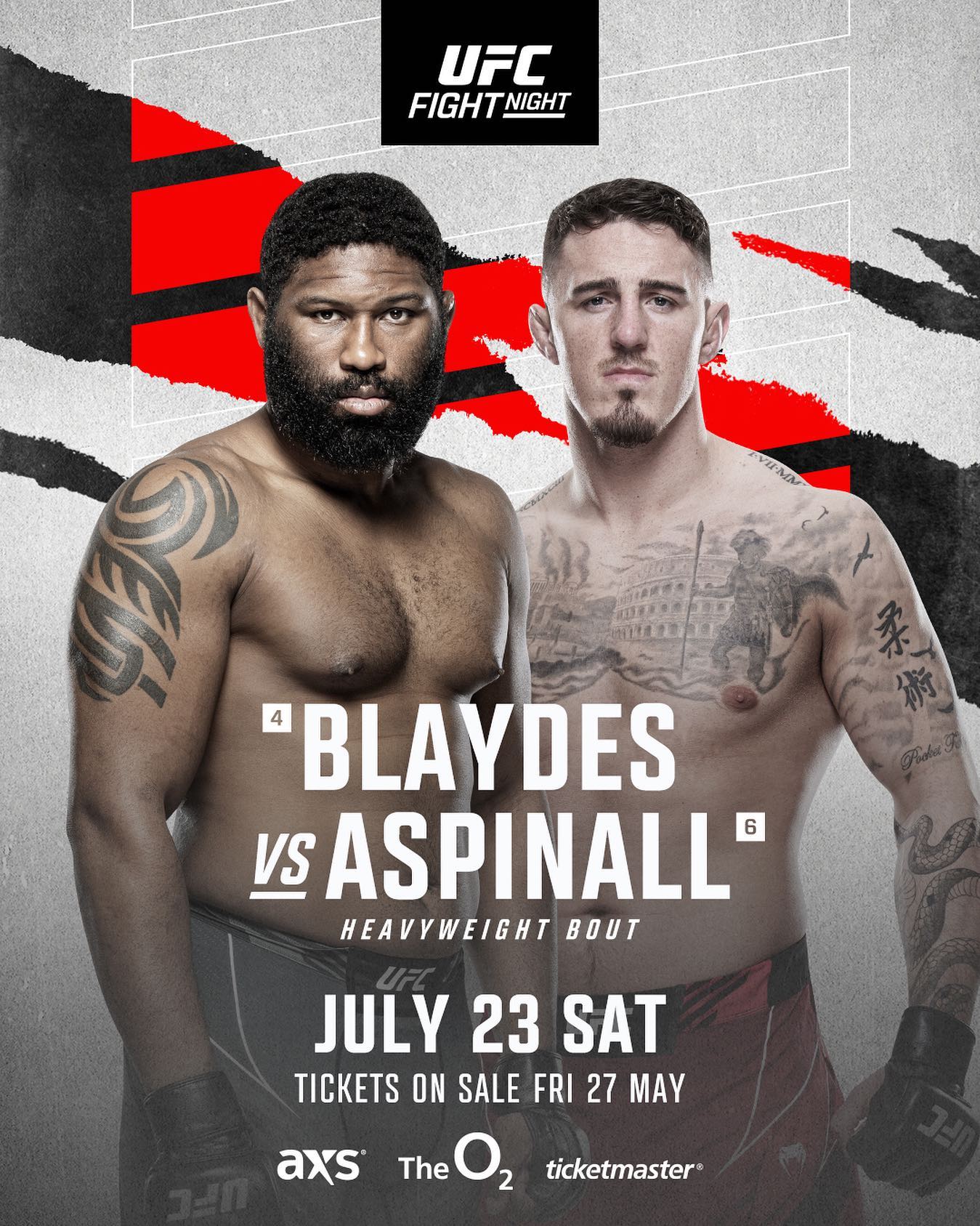 UFC on ESPN+ 66 gave fight fans all they could ask for on Saturday night. The event was live from inside the The O2 Arena in London, England. Curtis Blaydes defeated Tom Aspinall by TKO (Knee Injury) Saturday, and in the co-main event, Jack Hermansson defeated Chris Curtis in round 3 by Decision (Unanimous).

This was 613th event in Ultimate Fighting Championship history, including pay-per-views, UFC Fight Nights, and TUF finales. The pay-per-view card streamed on ESPN+ following prelims on ESPN+. In this post, we’ll go into detail on UFC on ESPN+ 66 payouts, fighter bonuses, and event facts, including the attendance, total gate and PPV buys.

There were 17813 fans in attendance. The gate for the event came out to 4320679. The viewership data is still pending. We’ll continue to update this post as soon as the information is available.

UFC on ESPN+ 66 had 13 bouts scheduled. no one was awarded the Fight of the Night bonus. The Performance of the Night bonuses went to Paddy Pimblett, Nikita Krylov, Molly McCann and Jonathan Pearce. The fighters took home an extra $50,000.

The total disclosed payroll for the event is PENDING. The figures below are base salaries reported to the commission and do not reflect entire compensation packages for the event. Here’s the full list of fighter payouts from UFC on ESPN+ 66:

PENDING… We will update this section as soon as the fighter salaries are officially released. In the meantime, you can view all the UFC on ESPN+ 66 results.

The UFC on ESPN+ 66 payouts don’t include deductions for items such as insurance, licenses, and taxes. Additionally, these do not include pay-per-view cuts that some top-level fighters receive. They also do not include money paid by sponsors, Reebok pay, any other “locker room” or special discretionary bonuses the UFC often pays.