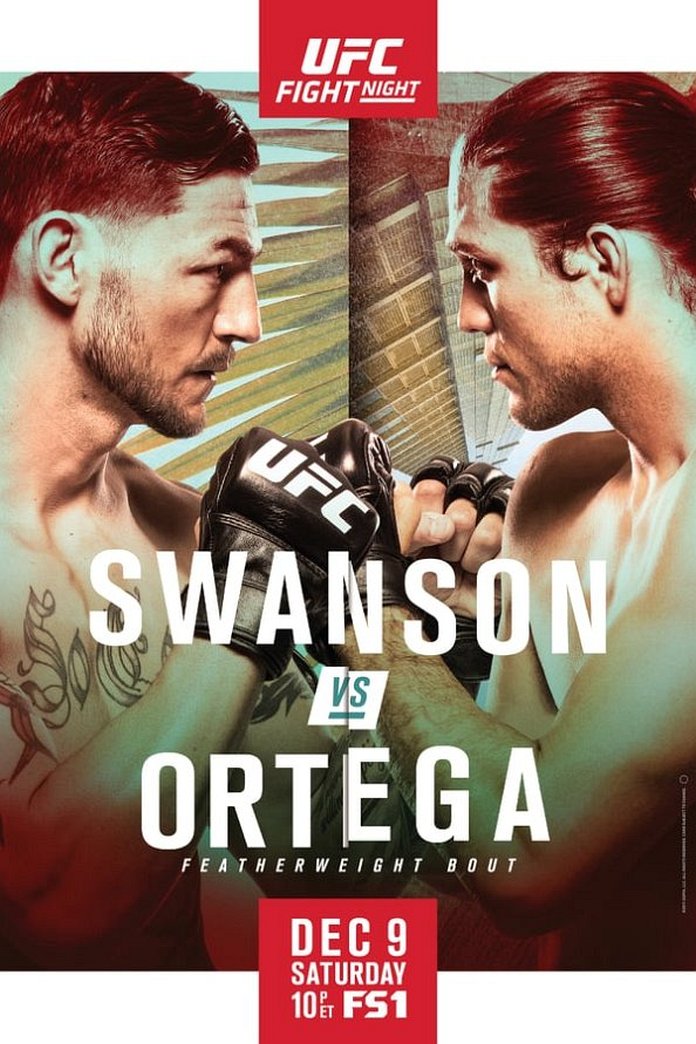 UFC Fight Night 123: Swanson vs. Ortega was held on Saturday, December 9, 2017, at Save Mart Center in Fresno, California. This event was held 1,888 days days ago and was the 422nd event in Ultimate Fighting Championship history, including pay-per-views, UFC Fight Nights, and The Ultimate Fighter season finales. There were 7,605 fans in attendance. The gate for the event came out to $568,290.

The card aired on Fox Sports 1 in the United States. Below is the UFC Fight Night 123 fight card and 13-fight order for ‘Swanson vs. Ortega’.

This page is updated with the latest details about UFC Fight Night 123, come back often for new updates. If you see a mistake, please help us fix it.