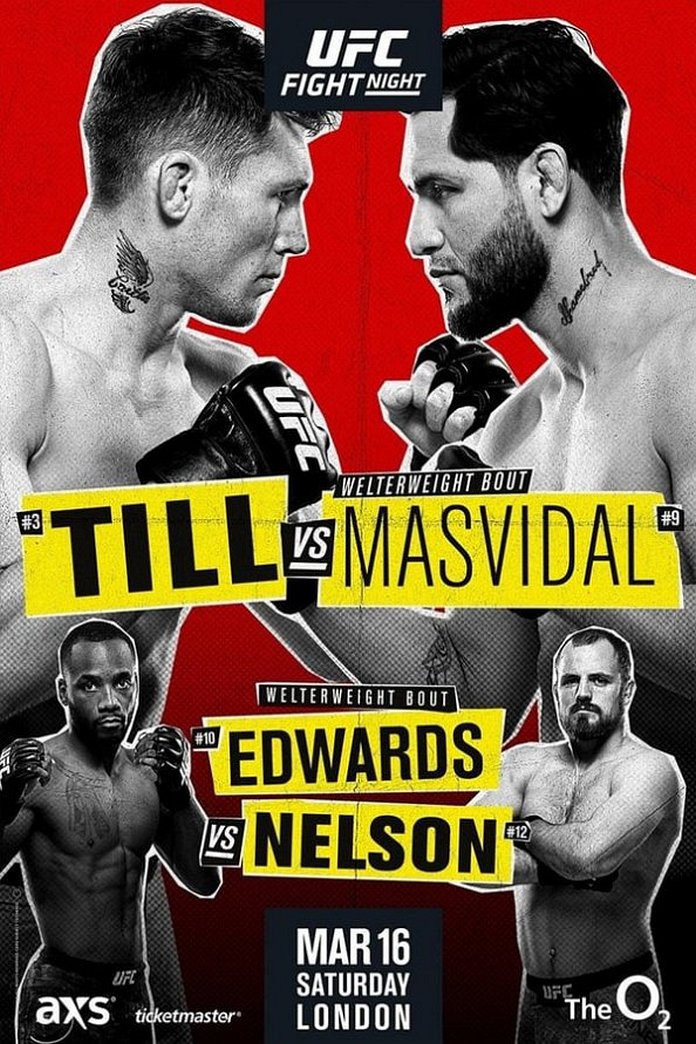 UFC Fight Night 147: Till vs. Masvidal was held on Saturday, March 16, 2019, at The O 2 Arena in London, England. This event was held 1,425 days days ago and was the 471st event in Ultimate Fighting Championship history, including pay-per-views, UFC Fight Nights, and The Ultimate Fighter season finales. There were 16,602 fans in attendance. The gate for the event came out to $2,400,000.

The card aired on ESPN+ in the United States. Below is the UFC Fight Night 147 fight card and 12-fight order for ‘Till vs. Masvidal’.

This page is updated with the latest details about UFC Fight Night 147, come back often for new updates. If you see a mistake, please help us fix it.