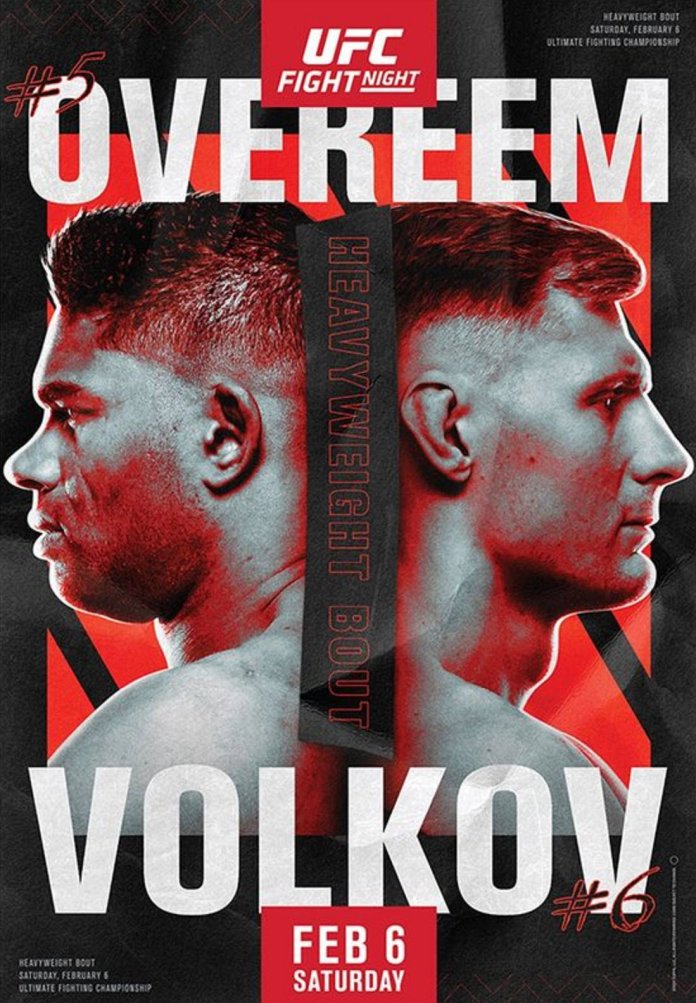 UFC Fight Night 184: Overeem vs. Volkov fight card is scheduled for Saturday, February 6, 2021, at the UFC APEX facility in Las Vegas, Nevada, USA. This will be the 549th event in Ultimate Fighting Championship history, including pay-per-views, UFC Fight Nights, and TUF season finales.

Below is the countdown to UFC Fight Night 184

February 6th event is headlined by a heavyweight clash as Alistair Overeem takes on Alexander Volkov in the five-round main event. Also on the card, Cory Sandhagen will battle Frankie Edgar in a bantamweight bout. The event will be held in 4 months ago at the UFC APEX facility and currently has a couple of fantastic bouts scheduled. View the latest UFC Fight Night 184 news, rumors and updates for ‘Overeem vs. Volkov’ below.

This page is updated with the latest details about UFC Fight Night 184, come back often for new updates. If you see a mistake, please help us fix it.