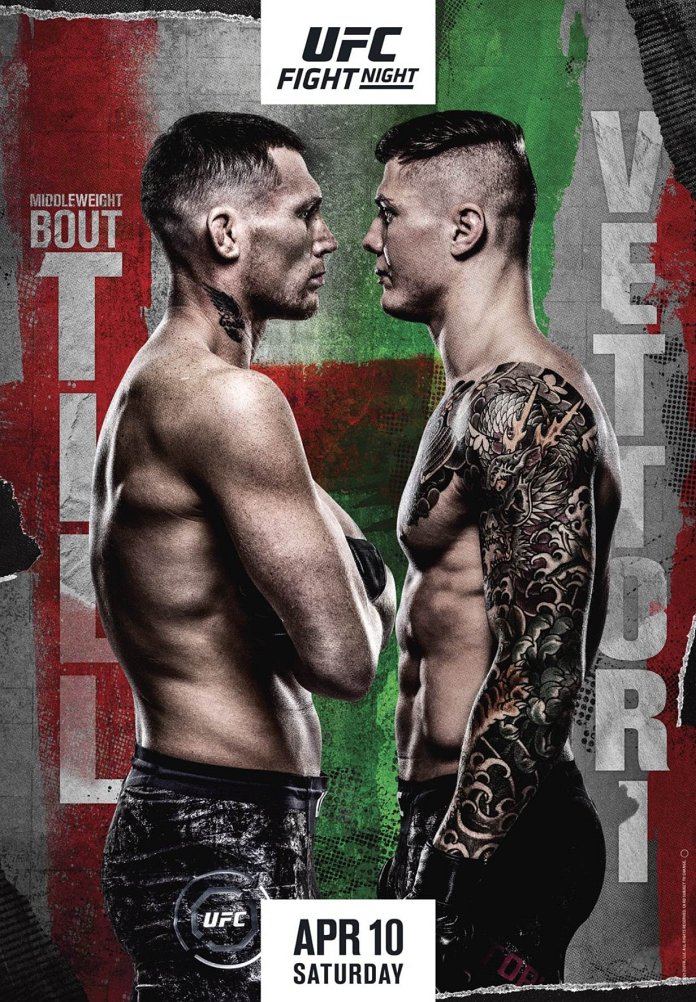 UFC on ABC 2: Till vs. Vettori fight card is scheduled for Saturday, April 10, 2021, at the UFC APEX facility in Las Vegas, Nevada, USA. This will be the 557th event in Ultimate Fighting Championship history, including pay-per-views, UFC Fight Nights, and TUF season finales.

Below is the countdown to UFC on ABC 2

April 10th event is headlined by a middleweight clash as Darren Till takes on Marvin Vettori in the five-round main event. Also on the card, Sodiq Yusuff will battle Arnold Allen in a featherweight bout. The event will be held in 2 months ago at the UFC APEX facility and currently has a couple of fantastic bouts scheduled. View the latest UFC on ABC 2 news, rumors and updates for ‘Till vs. Vettori’ below.

This card airs from now. The prelims will air on ESPN/ESPN+ at 12:00 PM ET, followed by the main card will air at 3:00 PM ET on ABC/ESPN+. As we get closer to the event, UFC on ABC 2 fight card, bout order, and the number of matches will likely change. We will continue to update this page as new fights are added. You can view the official UFC on ABC 2 page here. Below is an up-to-date UFC on ABC 2 fight card.

This page is updated with the latest details about UFC on ABC 2, come back often for new updates. If you see a mistake, please help us fix it.