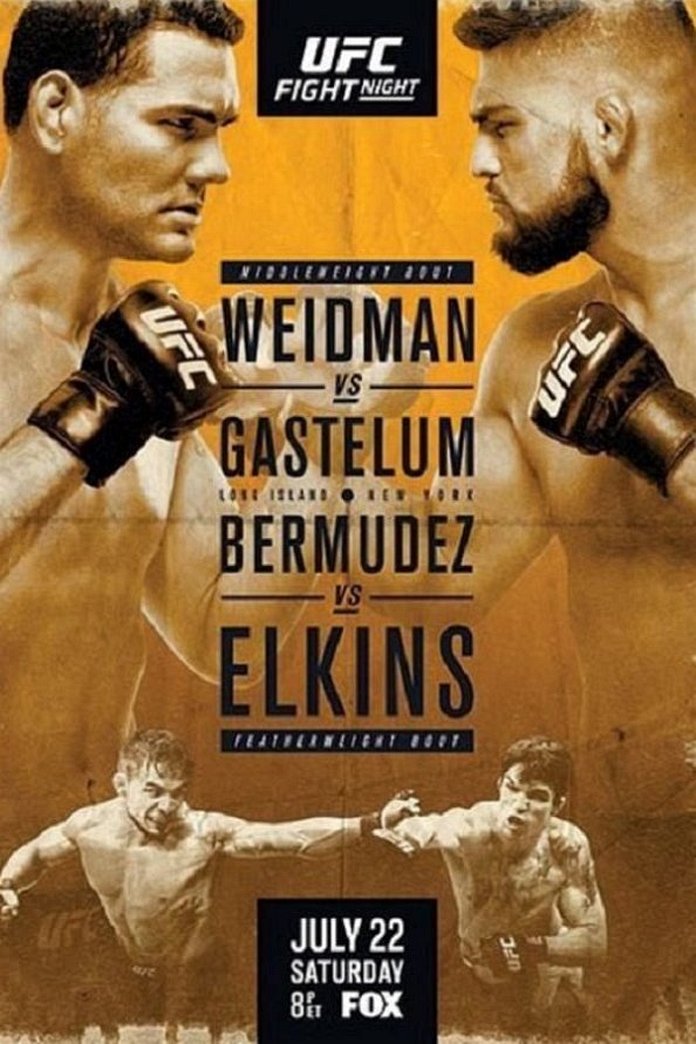 UFC on Fox 25: Weidman vs. Gastelum was held on Saturday, July 22, 2017, at Nassau Veterans Memorial Coliseum in Uniondale, New York. This event was held 1,995 days days ago and was the 406th event in Ultimate Fighting Championship history, including pay-per-views, UFC Fight Nights, and The Ultimate Fighter season finales. There were 11,198 fans in attendance. The gate for the event came out to $1,088,332.

UFC on Fox 25 had 13 bouts scheduled. The event was headlined by a clash between Chris Weidman and Kelvin Gastelum. In the co-main event, Darren Elkins took on Dennis Bermudez. The night kicked off with Chris Wade taking on Frankie Perez, followed by Godofredo Castro vs. Shane Burgos. Elizeu Zaleski dos Santos vs. Lyman Good was awarded Fight of the Night bonus. The Performance of the Night bonuses went to Alex Oliveira and Junior Albini, each fighter took home an extra $50,000.

The card aired on in the United States. Below is the UFC on Fox 25 fight card and 13-fight order for ‘Weidman vs. Gastelum’.

You can visit the official UFC on Fox 25 event page here. Check out upcoming UFC events and don’t miss the latest MMA news.

This page is updated with the latest details about UFC on Fox 25, come back often for new updates. If you see a mistake, please help us fix it.