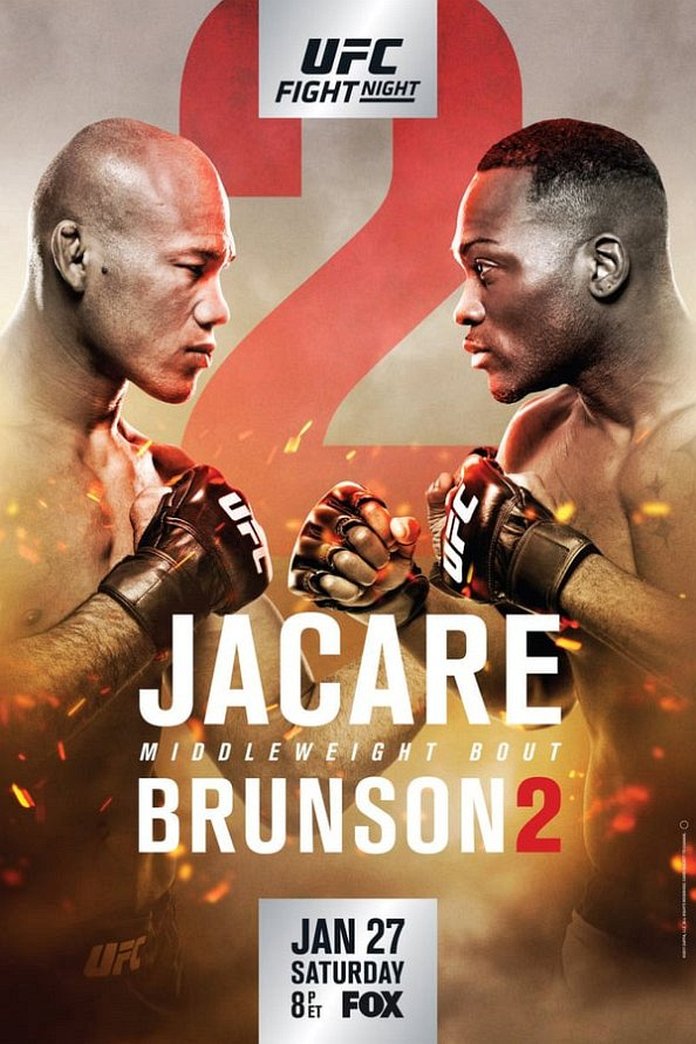 UFC on Fox 27: Jacare vs. Brunson 2 was held on Saturday, January 27, 2018, at Spectrum Center in Charlotte, North Carolina. This event was held 1,838 days days ago and was the 427th event in Ultimate Fighting Championship history, including pay-per-views, UFC Fight Nights, and The Ultimate Fighter season finales. There were 10,249 fans in attendance. The gate for the event came out to $944,202.

UFC on Fox 27 had 12 bouts scheduled. The event was headlined by a clash between Ronaldo Souza and Derek Brunson. In the co-main event, Andre Fili took on Dennis Bermudez. The night kicked off with Cory Sandhagen taking on Austin Arnett, followed by George Sullivan vs. Niko Price. Drew Dober vs. Frank Camacho was awarded Fight of the Night bonus. The Performance of the Night bonuses went to Ronaldo Souza and Mirsad Bektic, each fighter took home an extra $50,000.

The card aired on Fox Sports 1 in the United States. Below is the UFC on Fox 27 fight card and 12-fight order for ‘Jacare vs. Brunson 2’.

You can visit the official UFC on Fox 27 event page here. Check out upcoming UFC events and don’t miss the latest MMA news.

This page is updated with the latest details about UFC on Fox 27, come back often for new updates. If you see a mistake, please help us fix it.