UFC 171 Results for Hendricks vs. Lawler 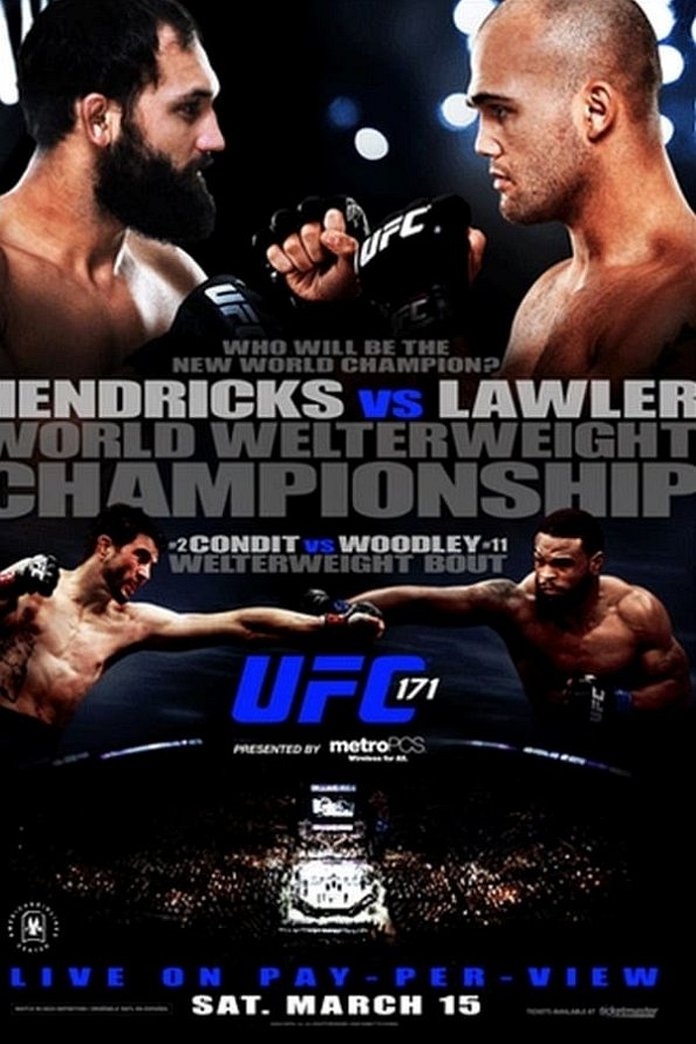 Johny Hendricks returned to the UFC Octagon saturday night for UFC 171 to face Robbie Lawler. The event took place on Saturday, March 15, 2014, at the American Airlines Center in Dallas, Texas. Hendricks vs. Lawler featured 13 bouts, some were more exciting to watch than others.

UFC 171 was headlined by a clash between Johny Hendricks and Robbie Lawler, with Tyron Woodley vs. Carlos Condit serving as the night’s co-main event. Elsewhere on the card, Dennis Bermudez went to war against Jim Hettes. Let’s find out who won at the UFC 171. View the full results for ‘Hendricks vs. Lawler’-led fight card below.

UFC 171 was live 3,026 days days ago and was the 267th event in UFC history, including pay-per-views, UFC Fight Nights, and The Ultimate Fighter season finales.

Below is the 13-fight order and UFC 171 results. Here are the real winners and losers from Saturday‘s event:

Justin Scoggins vs. Will Campuzano

In the fourth bout, Francisco Trevino defeated Renee Forte by Decision (Unanimous) at 5:00 of Round 3.

The fifth bout ended at 5:00 of Round 3 with Alex Garcia defeating Sean Spencer by Decision (Split).

In sixth fight of the night, Jim Hettes lost to Dennis Bermudez at 2:57 of Round 3.

Jessica Andrade got the better of Raquel Pennington and won by Decision (Split) in Round 3 at 5:00.

In the tenth bout, Hector Lombard battled Jake Shields and took the win by Decision (Unanimous) in Round 3 at 5:00.

Right before the co-main event, Myles Jury prevailed over Diego Sanchez. Myles Jury won by Decision (Unanimous) at 5:00 of Round 3.

In the co-main event Tyron Woodley defeated Carlos Condit via TKO (Leg Kick) at 2:00 of Round 2; Jacob Montalvo was the third man in the cage.

In the main event, referee Dan Miragliotta called an end to the bout at 5:00 of Round 5. Johny Hendricks defeated Robbie Lawler by Decision (Unanimous).

This page is updated with new details on UFC 171 event, so come back soon for fresh updates. If you see a mistake, please submit a correction and help us fix it.