UFC 225 Results for Whittaker vs. Romero 2 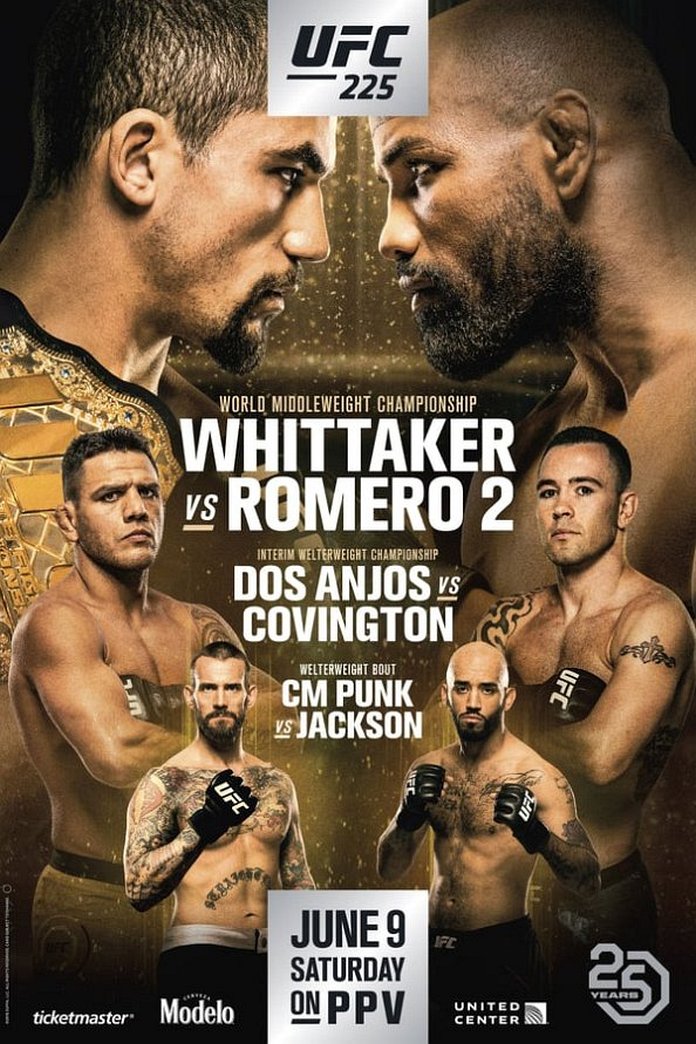 Robert Whittaker returned to the UFC Octagon saturday night for UFC 225 to battle Yoel Romero. The event took place on Saturday, June 9, 2018, at the United Center in Chicago, Illinois. Whittaker vs. Romero 2 featured 13 bouts, some were more interesting to watch than others.

UFC 225 was headlined by a fight between Robert Whittaker and Yoel Romero, with Colby Covington vs. Rafael dos Anjos serving as the night’s co-main event. Elsewhere on the card, Mirsad Bektic went to battle against Ricardo Lamas. Let’s find out who won at the UFC 225. View the full results for ‘Whittaker vs. Romero 2’-led fight card below.

UFC 225 was live 1,523 days days ago and was the 443rd event in UFC history, including pay-per-views, UFC Fight Nights, and The Ultimate Fighter season finales.

Below is the 13-fight order and UFC 225 results. Here are the real winners and losers from Saturday‘s event:

The UFC 225 kicked off with Dan Ige taking on Mike Santiago. Dan Ige defeated Mike Santiago in Round 1 at 0:50 by TKO (Punches).

In the fourth bout, Anthony Smith defeated Rashad Evans by KO (Knee) at 0:53 of Round 1.

The fifth bout ended at 3:53 of Round 2 with Chris de la Rocha defeating Rashad Coulter by TKO (Punches).

In sixth fight of the night, Ricardo Lamas lost to Mirsad Bektic at 5:00 of Round 3.

Claudia Gadelha got the better of Carla Esparza and won by Decision (Split) in Round 3 at 5:00.

The ninth fight at UFC 225 was Phil Brooks vs. Mike Jackson. Mike Jackson won in Round 3 at 5:00 by Decision (Unanimous).

In the tenth bout, Tai Tuivasa battled Andrei Arlovski and took the win by Decision (Unanimous) in Round 3 at 5:00.

Right before the co-main event, Holly Holm prevailed over Megan Anderson. Holly Holm won by Decision (Unanimous) at 5:00 of Round 3.

In the co-main event Colby Covington defeated Rafael dos Anjos via Decision (Unanimous) at 5:00 of Round 5; Herb Dean was the third man in the cage.

In the main event, referee Dan Miragliotta called an end to the bout at 5:00 of Round 5. Robert Whittaker defeated Yoel Romero by Decision (Split).

This page is updated with new details on UFC 225 event, so come back soon for fresh updates. If you see a mistake, please submit a correction and help us fix it.