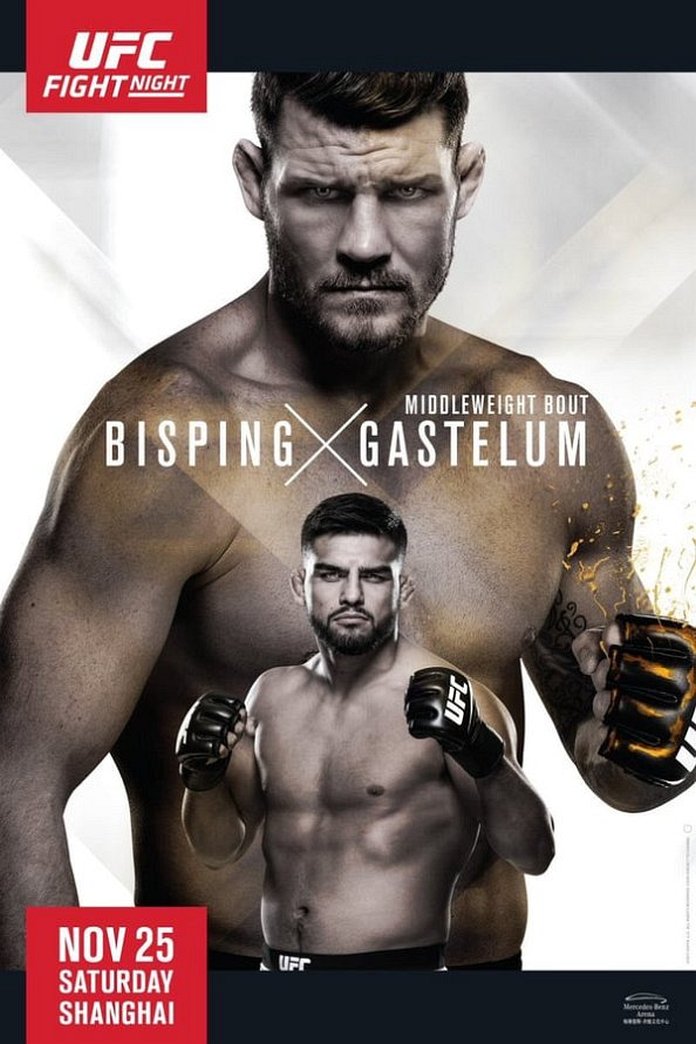 Kelvin Gastelum returned to the UFC Octagon saturday night for UFC Fight Night 122 to battle Michael Bisping. The event took place on Saturday, November 25, 2017, at the Mercedes Benz Arena in Shanghai, China. Bisping vs. Gastelum featured 12 bouts, some were more fun to watch than others.

UFC Fight Night 122 was headlined by a fight between Kelvin Gastelum and Michael Bisping, with Jingliang Li vs. Zak Ottow serving as the night’s co-main event. Elsewhere on the card, Xiaonan Yan went to battle against Kailin Curran. Let’s find out who won at the UFC Fight Night 122. View the full results for ‘Bisping vs. Gastelum’-led fight card below.

UFC Fight Night 122 was live 1,868 days days ago and was the 421st event in UFC history, including pay-per-views, UFC Fight Nights, and The Ultimate Fighter season finales.

Who won at UFC Fight Night 122

Below is the 12-fight order and UFC Fight Night 122 results. Here are the real winners and losers from Saturday‘s event:

The UFC Fight Night 122 kicked off with Cyril Asker taking on Yaozong Hu. Cyril Asker defeated Yaozong Hu in Round 2 at 2:33 by Submission (Rear-Naked Choke).

The second fight at UFC Fight Night 122 was Wuliji Buren vs. Rolando Dy. Rolando Dy won in Round 3 at 5:00 by Decision (Unanimous).

The following bout was between Yanan Wu and Gina Mazany. Gina Mazany beat Yanan Wu by Decision (Unanimous) in Round 3 at 5:00.

In the fourth bout, Shamil Abdurakhimov defeated Chase Sherman by KO (Punches) at 1:24 of Round 1.

The fifth bout ended at 4:16 of Round 1 with Yadong Song defeating Bharat Khandare by Submission (Guillotine Choke).

In sixth fight of the night, Kailin Curran lost to Xiaonan Yan at 5:00 of Round 3.

The ninth fight at UFC Fight Night 122 was Muslim Salikhov vs. Alex Garcia. Alex Garcia won in Round 2 at 3:22 by Submission (Rear-Naked Choke).

In the tenth bout, Guan Wang battled Alex Caceres and took the win by Decision (Split) in Round 3 at 5:00.

In the co-main event Jingliang Li defeated Zak Ottow via TKO (Punches) at 2:57 of Round 1; Herb Dean was the third man in the cage.

In the main event, referee Marc Goddard called an end to the bout at 2:30 of Round 1. Kelvin Gastelum defeated Michael Bisping by KO (Punch).

This page is updated with new details on UFC Fight Night 122 event, so come back soon for fresh updates. If you see a mistake, please submit a correction and help us fix it.