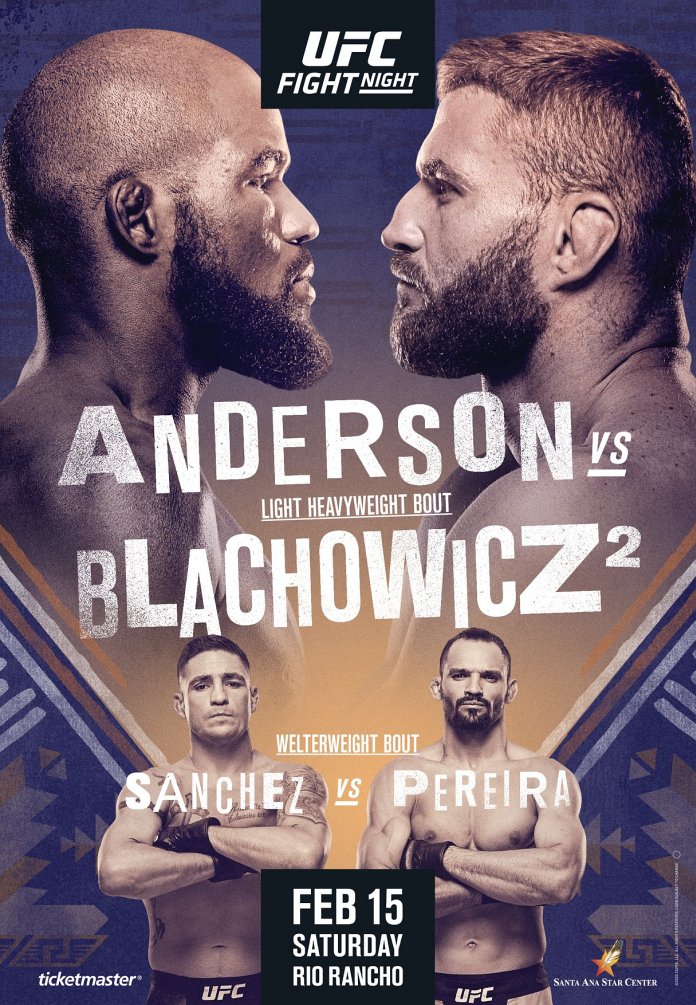 Jan Blachowicz returned to the UFC Octagon saturday night for UFC Fight Night 167 to battle Corey Anderson. The event took place on Saturday, February 15, 2020, at the Santa Ana Star Center in Rio Rancho, NM. Anderson vs. Blachowicz 2 featured 13 bouts, some were more fun to watch than others.

UFC Fight Night 167 was headlined by a battle between Jan Blachowicz and Corey Anderson, with Diego Sanchez vs. Michel Pereira serving as the night’s co-main event. Elsewhere on the card, John Dodson went to battle against Nathaniel Wood. Let’s find out who won at the UFC Fight Night 167. View the full results for ‘Anderson vs. Blachowicz 2’-led fight card below.

UFC Fight Night 167 was live 290 days days ago and was the 509th event in UFC history, including pay-per-views, UFC Fight Nights, and The Ultimate Fighter season finales.

Who won at UFC Fight Night 167

Below is the 13-fight order and UFC Fight Night 167 results. Here are the real winners and losers from Saturday‘s event:

The results are listed in ascending order, starting from the first fight ending with the night’s main event. Be sure to check out UFC Fight Night 167 payouts and bonuses.

The second fight at UFC Fight Night 167 was Shanna Young vs. Macy Chiasson. Macy Chiasson won in Round 3 at 5:00 by Decision (Unanimous).

In the fourth bout, Devin Clark defeated Dequan Townsend by Decision (Unanimous) at 5:00 of Round 3.

The fifth bout ended at 5:00 of Round 3 with Scott Holtzman defeating Jim Miller by Decision (Unanimous).

In sixth fight of the night, Nathaniel Wood lost to John Dodson at 0:16 of Round 3.

Daniel Rodriguez got the better of Tim Means and won by Submission (Guillotine Choke) in Round 2 at 3:37.

The ninth fight at UFC Fight Night 167 was Rogerio Bontorin vs. Ray Borg. Ray Borg won in Round 3 at 5:00 by Decision (Unanimous).

In the tenth bout, Brok Weaver battled Rodrigo Vargas and took the win by Disqualification (Illegal Knee) in Round 1 at 4:02.

In the co-main event Diego Sanchez defeated Michel Pereira via Disqualification (Illegal Knee) at 3:09 of Round 3; Jason Herzog was the third man in the cage.

In the main event, referee Herb Dean called an end to the bout at 3:08 of Round 1. Jan Blachowicz defeated Corey Anderson by KO (Punch).

This page is updated with new details on UFC Fight Night 167 event, so come back soon for fresh updates. If you see a mistake, please submit a correction and help us fix it.