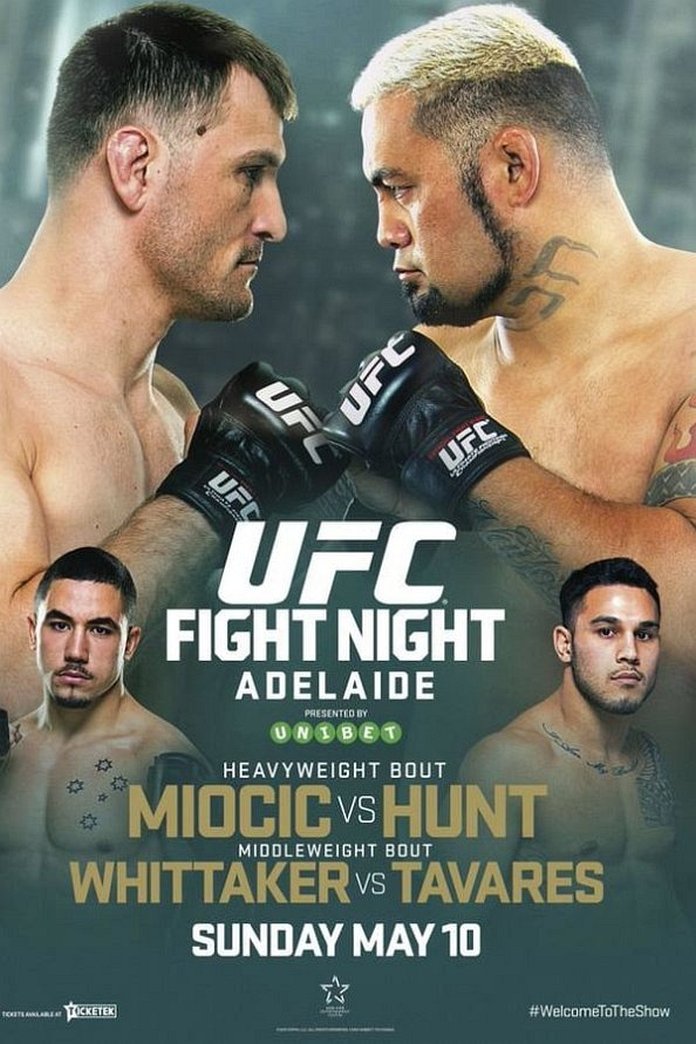 Stipe Miocic returned to the UFC Octagon sunday night for UFC Fight Night 65 to face Mark Hunt. The event took place on Sunday, May 10, 2015, at the Adelaide Entertainment Centre in Adelaide, Australia. Miocic vs. Hunt featured 12 bouts, some were more fun to watch than others.

UFC Fight Night 65 was headlined by a battle between Stipe Miocic and Mark Hunt, with Robert Whittaker vs. Brad Tavares serving as the night’s co-main event. Elsewhere on the card, Sam Alvey went to battle against Daniel Kelly. Let’s find out who won at the UFC Fight Night 65. View the full results for ‘Miocic vs. Hunt’-led fight card below.

UFC Fight Night 65 was live 2,832 days days ago and was the 319th event in UFC history, including pay-per-views, UFC Fight Nights, and The Ultimate Fighter season finales.

Who won at UFC Fight Night 65

Below is the 12-fight order and UFC Fight Night 65 results. Here are the real winners and losers from Sunday‘s event:

In the fourth bout, Bradley Scott defeated Dylan Andrews by Submission (Guillotine Choke) at 4:54 of Round 2.

The fifth bout ended at 4:09 of Round 1 with Bec Rawlings defeating Lisa Ellis by Submission (Rear-Naked Choke).

In sixth fight of the night, Daniel Kelly lost to Sam Alvey at 0:49 of Round 1.

Kyle Noke got the better of Jonavin Webb and won by Decision (Split) in Round 3 at 5:00.

The eight bout was between Hatsu Hioki and Dan Hooker. Dan Hooker beat Hatsu Hioki by KO (Head Kick and Punches) at 4:13 of Round 2.

The ninth fight at UFC Fight Night 65 was Jake Matthews vs. James Vick. James Vick won in Round 1 at 4:53 by Submission (Guillotine Choke).

In the tenth bout, Sean O’Connell battled Anthony Perosh and took the win by TKO (Punches) in Round 1 at 0:56.

In the co-main event Robert Whittaker defeated Brad Tavares via KO (Punches) at 0:44 of Round 1; Steve Perceval was the third man in the cage.

In the main event, referee John Sharp called an end to the bout at 2:47 of Round 5. Stipe Miocic defeated Mark Hunt by TKO (Punches).

This page is updated with new details on UFC Fight Night 65 event, so come back soon for fresh updates. If you see a mistake, please submit a correction and help us fix it.