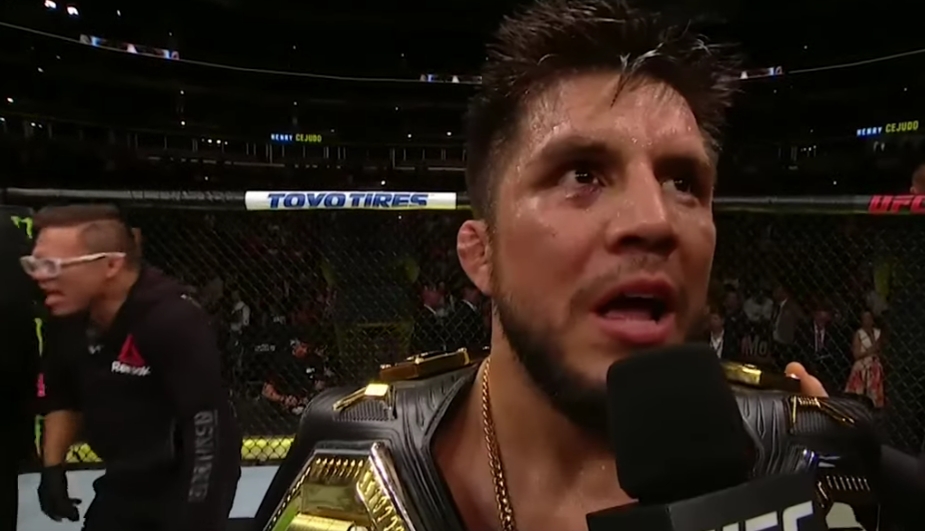 Henry Cejudo had been campaigning for a bout with Jose Aldo but the UFC reigns seemed to be hesitant to book the matchup due to the fact that Aldo is coming off back to back losses in 2019 to Alexander Volkanovski and Marlon Moraes at UFC 245.

According to numerous reports, the fight had been in the works for weeks with Cejudo claiming that “if the money is right” the fight is very possible. Cejudo had been campaigning a fight with Aldo in an attempt to add a high profile name to resume.

Aldo lost a nail-biting fight against Moraes at UFC 245. Many thought Aldo had won the fight. Aldo, the former featherweight champion is known to be one of the greatest mixed martial artists of all time.

Cejudo vacated the flyweight title in 2019 and made it clear he wants to defend his bantamweight title. A shoulder injury kept Cejudo sidelined for most of 2019.

UFC 250 is scheduled to take place on May 9th from the Ginásio do Ibirapuera in Sao Paolo, Brazil. The card also features Brazilian stars Fabrício Werdum, Maurício Rua, and Antonio Rogerio Nogueira.